NTPA is Coming to Tarrant County!

NTPA is excited to announce that it’s youth theatre program is expanding to a FIFTH LOCATION! NTPA is heading west with a brand new location to serve families in the Southlake/Grapevine area. Youth in grades 1-12 are invited to join us for this exciting NTPA – Southlake inaugural production of Annie JR!

You might consider attending a FREE UpSTARt Workshop which is a fast-paced, high-energy, and fun-filled two-hour workshop designed to our future actors the confidence and training to “take the stage” in their first audition.

Learn More About the Free Upstart Workshops and Sign Up Today! 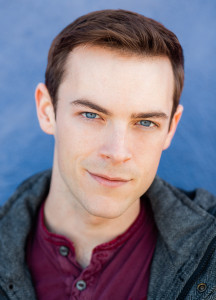 Caddo is an actor, stage manager, and scenic artist based in DFW. Caddo is honored to be a part of the creative staff at North Texas Performing Arts, where he has the privilege to help cultivate skills in young artists. From a young age, he studied voice, and went on to earn his Bachelor of Arts in Theatre Performance with a Certificate in Theatre Technologies from the University of North Texas.

During his undergrad, Caddo served as a writing tutor, Orientation Leader, and peer mentor. His favorite stage credits include A Charlie Brown Christmas with Dallas Children’s Theatre, The Merry Wives of Windsor with Shakespeare Dallas, and Don Giovanni with the Dallas Opera. He worked as the lead scenic painter for WaterTower Theatre and Shakespeare Dallas, as well as the assistant stage manager for Shakespeare Dallas for three consecutive seasons. Caddo currently serves as the Production Services Manager for NTPA.

Music by Charles Strouse/Lyrics by Martin Charnin/Book by Thomas Meehan/Based on “Little Orphan Annie” by permission of The Media Tribune Services, Inc.