NTPA is Coming to Greenville!

NTPA is excited to launch its newest location, NTPA – Greenville, offering educational performing arts programming for students in grades 1-12! New and seasoned actors alike are invited to audition for the inaugural show, Annie JR, by signing up for an audition spot and submitting a video audition through the form linked below.

Sign up for an audition spot
Complete the online audition form

If you are thinking about signing up your first audition but aren’t sure what to expect, join us for a FREE UpSTARt Workshop! The free program includes a 90-minute high-energy, and fun-filled student audition prep workshop that will give future actors the confidence to “take the stage” and the training so that they know what to expect throughout the audition process. The student session is followed by a 30-minute parent briefing talking through what it means to be an NTPA parent, expectations and possible next steps.

Space is limited and registration is required.

We are excited to provide TWO opportunities to attend a free UpSTARt workshop at Landmark on Lee Street for our new actors in Greenville! 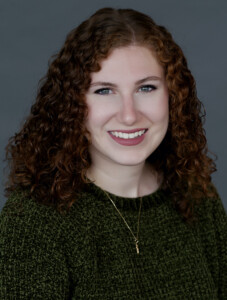 Kally Duncan is a native of Greenville, Texas and grew up surrounded by theatre. She started acting at the age of 6. Her first show was “Anything Goes” and once she got a taste of the spotlight she never looked back. She went on to receive her BFA in Acting and minor in Directing from Oklahoma City University and studied Advanced Shakespeare in London at Kingston University.

Kally has been serving as a Resident Director at North Texas Performing Arts since 2020 where she guides new and experienced youth actors in their journey on and off the stage. Kally has directed dozens of productions at NTPA theatres and teaches acting and voice classes in the NTPA Academy and after school programs. Kally also performs as a singer, writer, and professional actress around DFW.

Music by Charles Strouse
Lyrics by Martin Charnin
Book by Thomas Meehan
Based on “Little Orphan Annie” by permission of The Media Tribune Services, Inc.