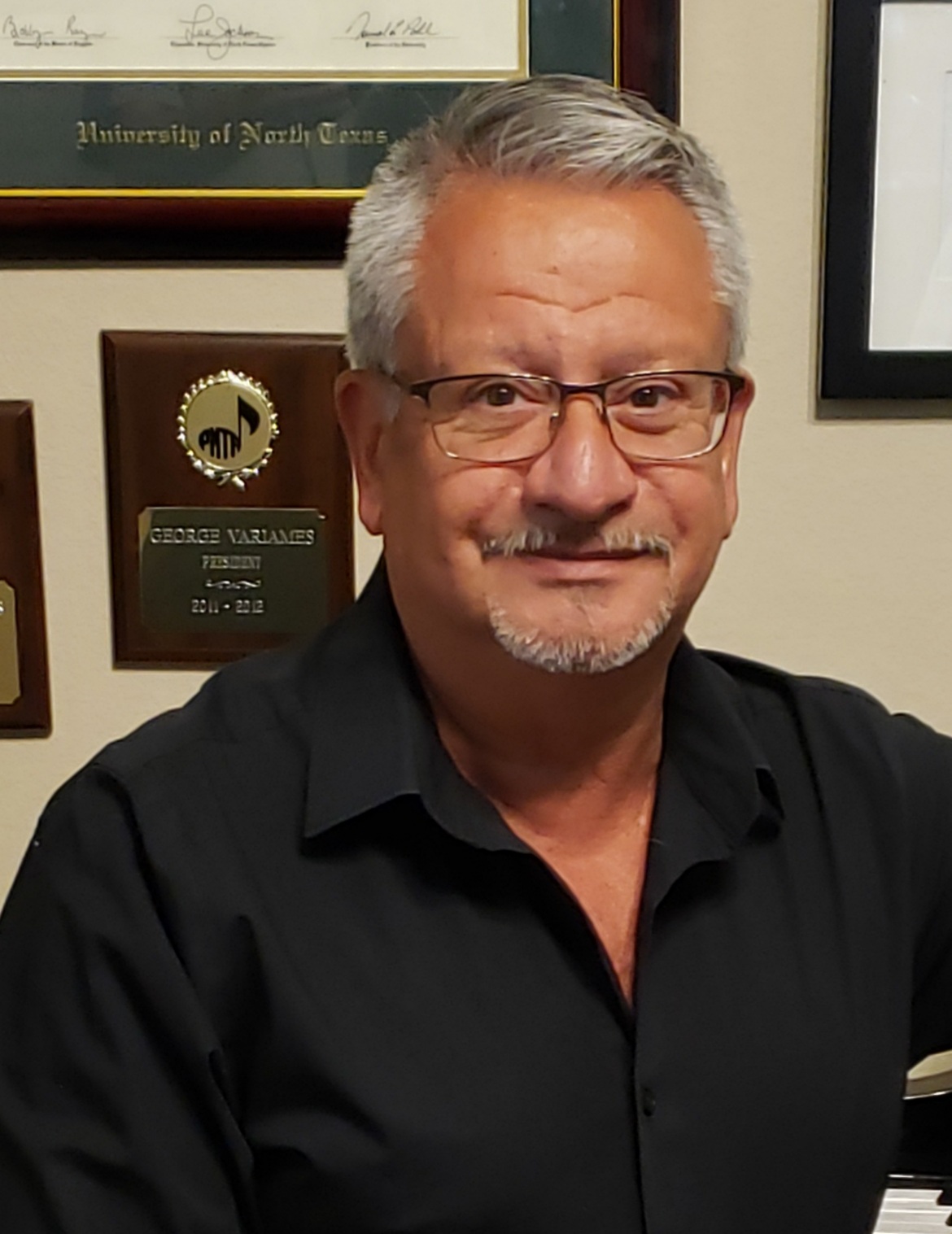 Congratulations to our July Artist of the Month, George Variames!

George Variames is currently working as the music director for Miss Saigon: School Edition with NTPA Plano. George is a renowned vocal coach and pianist and is excited to be joining the NTPA team!

George now runs his own studio and has been teaching piano and voice for over 22 years. He currently has a studio of approximately 70 students, and performs throughout the year with many of his students. His students have won numerous local, state, National and International competitions. They have performed in prestigious venues, including the Weill Recital Hall in Carnegie Hall, in New York, as well as competing on “The Voice” and “American Idol”.