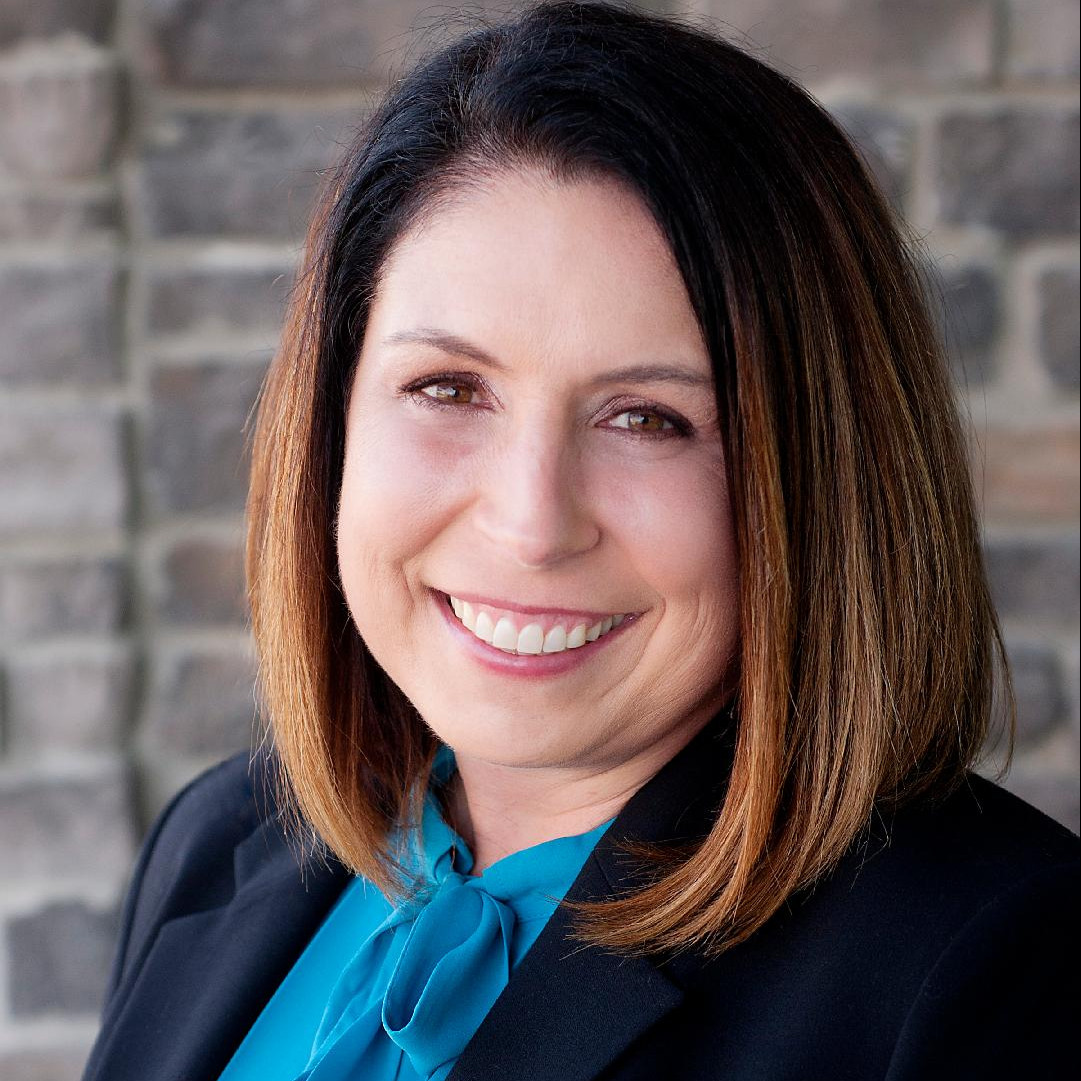 Michelle SinnerChairperson
Michelle’s daughter, Rylee, performed in her first show Jan 2017 and has not looked back since! Their entire family has fallen in love with NTPA and Michelle was so impressed she knew she had to get involved to help move the organization forward. She has volunteered on several event committees and is very passionate about developing the youth in Frisco. Michelle has worked for Expedia Group the past 10 years and has an extensive background in global Customer Operations. She is also a Realtor in her spare time (which doesn’t seem like a lot lately)! Michelle dabbled some in the arts as a teenager and was even part of a TV dance show growing up. She is extremely honored to serve on the Frisco Board and is very excited for the future of NTPA Frisco. 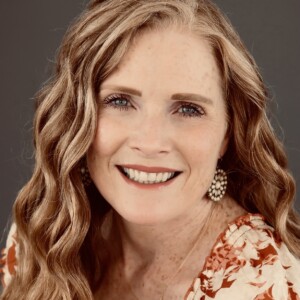 Francine FormanVice Chairperson
Francine has degrees in Healthcare Administration and Public Health (The Ohio State University and The University of Texas Southwestern Medical Center) and spent 15 years working in hospital and various healthcare settings and has been fortunate enough to be at home raising their two sons, Ryan and Sean, for the last 10 years.

Francine grew up in South Jersey and had no theatre experience or knowledge at all. Her early life was spent almost exclusively on a field, track or court and even played softball in college at Ohio State. That all changed in the Spring of 2018 when her youngest son, Sean, chose joining the cast of Wizard of Oz over playing on his soccer team and since then there was no turning back. He was hooked and so was the rest of the family. Theatre has provided them with so much joy in so many areas. Her son Ryan is a part of the special needs troupe, Starcatchers, and her husband, Kevin, enjoys performing with the Community Theatre. In a family of performers, Francine finds her greatest joy helping behind the scenes supporting the staff and kids. NTPA has become such an amazing blessing to their whole family and they look forward to many more years of song, dance and memory making. 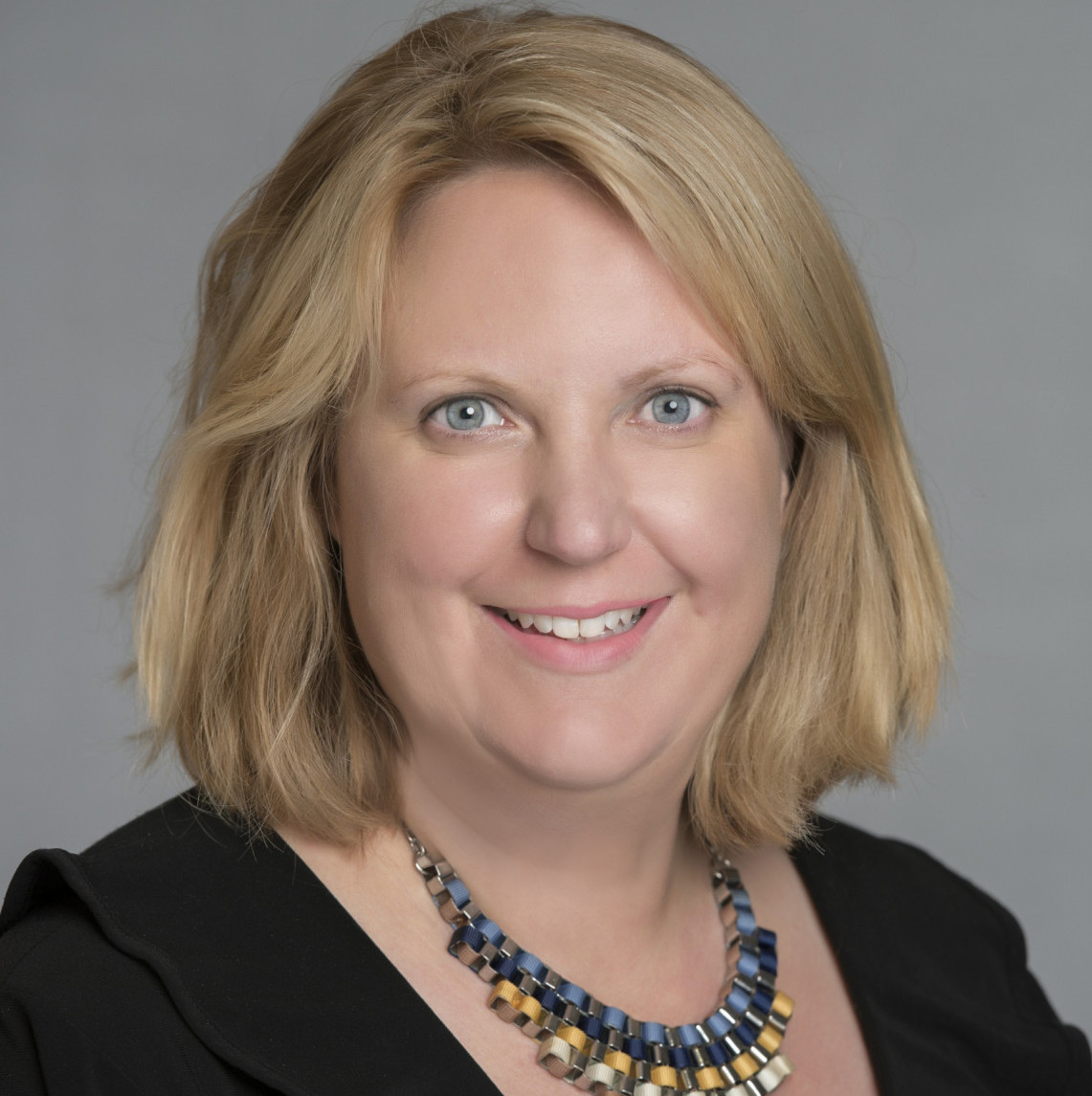 Sheacy ThompsonVice Chairperson
Sheacy Thompson is an experienced communications, community relations, and business development professional who has been involved in the Frisco community for over 20 years. She currently serves as the Deputy Chief of Staff for Texas State Senator Angela Paxton.

Having earned a Bachelor of Arts and Master of Arts in Political Science, Sheacy has utilized her education by working for the Texas State Legislature, the Office of the Attorney General, the United States Senate, and as an Adjunct Professor of Government at Collin College. Her love for the arts also led to a three-year career with KERA 13 and her volunteer work supporting the arts, including serving as the former Chair of the Frisco Public Art Board and the Past President of the Frisco Association for the Arts.

Sheacy is an amateur photographer who enjoys community theater (and Broadway!), traveling, cooking, reading, and wine tasting. Despite her passion for these pursuits, nothing compares to her dedication to her two daughters, Kathryn (12) and Audrey (9), and she is most often found in a supporting role for their passions, activities, and academic endeavors. Sheacy and her husband, Chris, live in Frisco and are active members of First Frisco United Methodist Church. 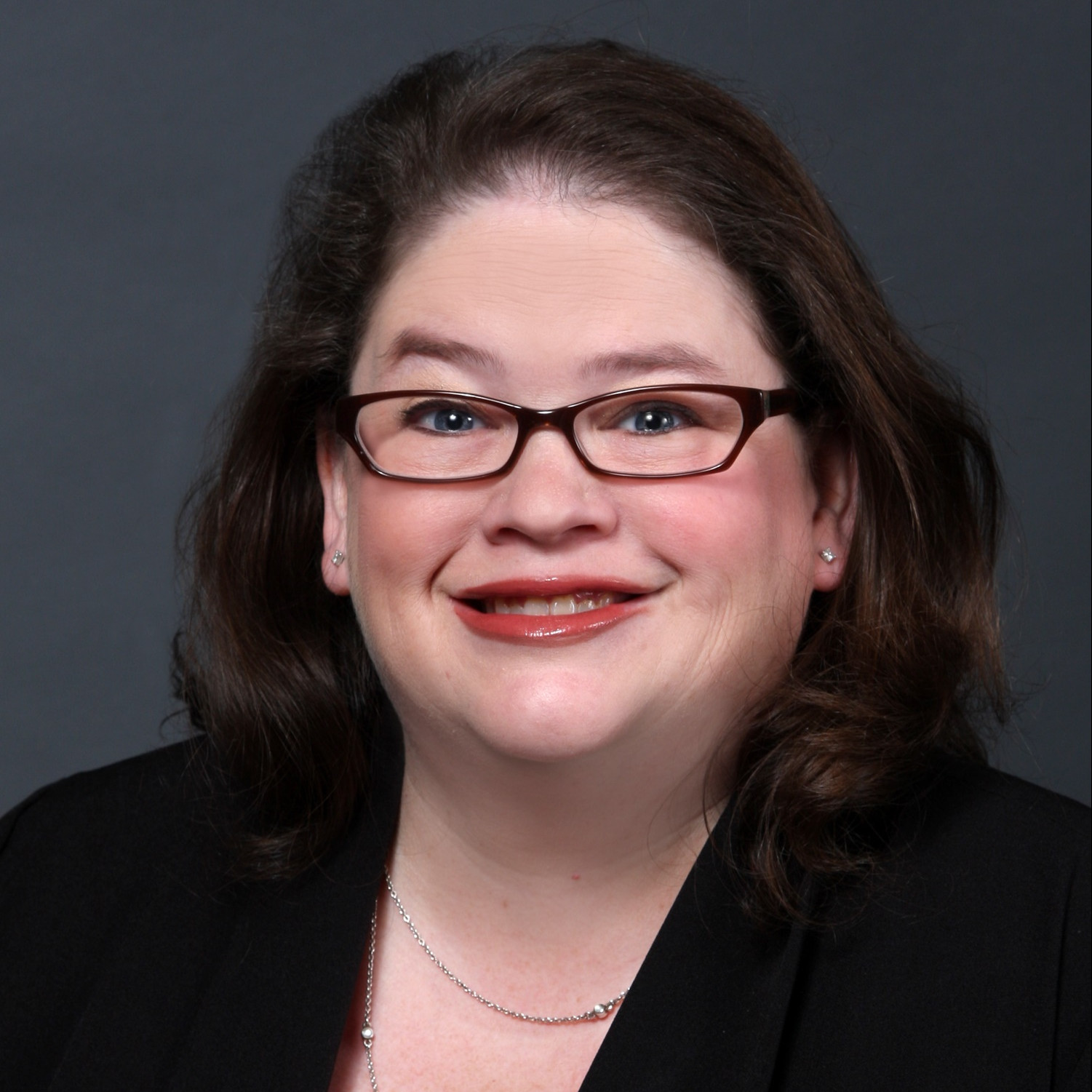 Stephanie ManningVice Chairperson
Stephanie is an employment attorney in the Dallas area for Seyfarth Shaw. Transplants from Tulsa, Oklahoma, Stephanie, her husband Sean, and children Ben and Lizzie have been in Frisco since mid-2016. Shortly thereafter, the Mannings fell in love with NTPA during Ben’s first NTPA production, Mulan, Jr. in the fall of 2016. Ben’s sister Lizzie joined the fray as a munchkin in Wizard of Oz as soon as she was old enough. Stephanie holds an undergraduate degree in Voice Performance from Florida Southern College in Lakeland, Florida and has been an advocate for the performing arts ever since. Stephanie regularly volunteers for shows and is excited about supporting and growing NTPA-Frisco on the Frisco Management Board. 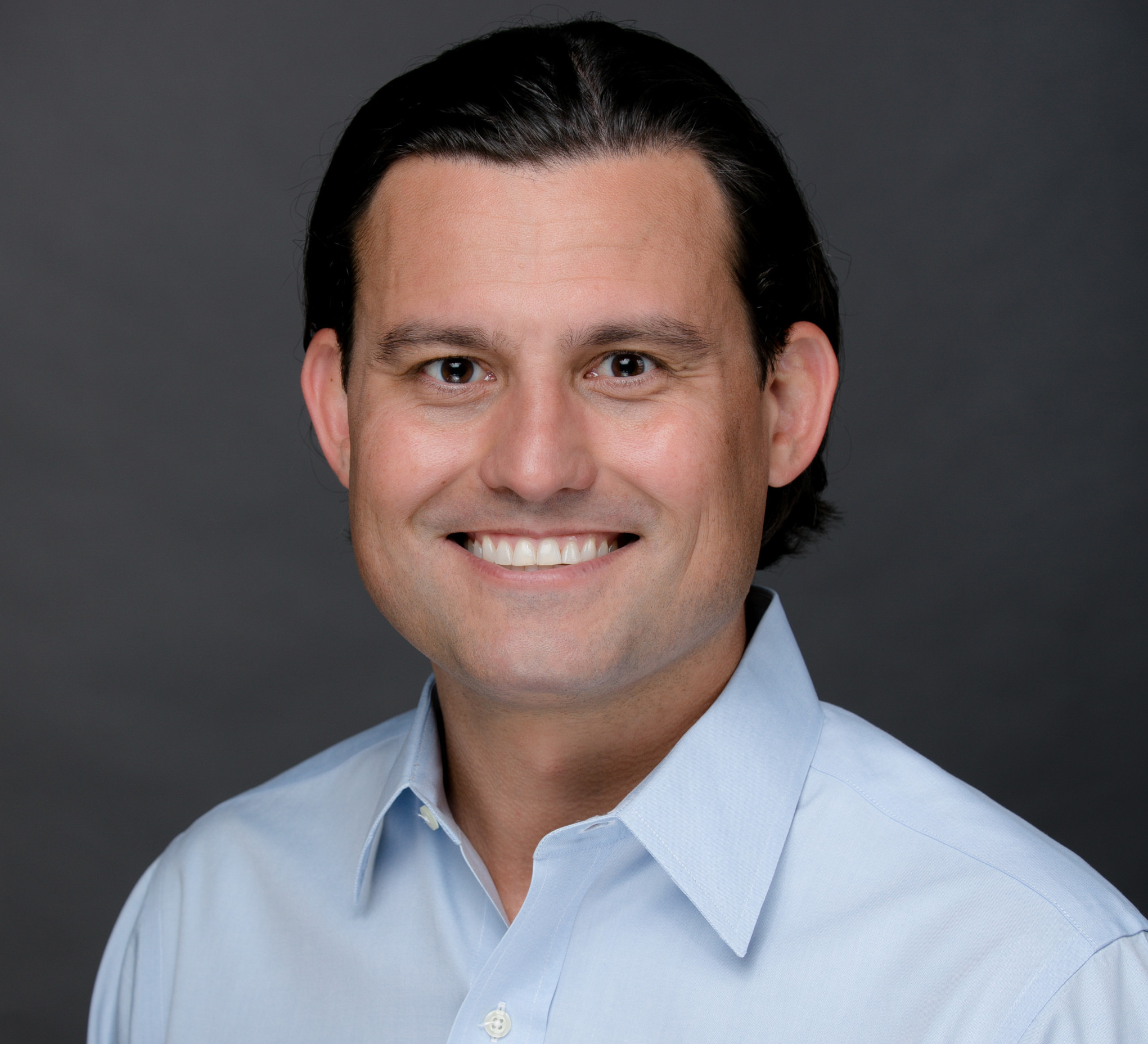 Brent DunnFinancial Director
Brent Dunn’s first NTPA experience was in the Fall of 2015 when his daughter, Avery, discovered musical theater and became hooked. Brent, his wife Renee’, and even their son Jackson quickly became involved in productions, volunteering for numerous roles and being welcomed by the NTPA family. In July 2017, Brent joined the Frisco Management Board in the Finance Director role. He was inspired to support NTPA in its pursuit to impact the lives of so many children.

Brent has been a business owner for 20+ years. He works as a CERTIFIED FINANCIAL PLANNERTM practitioner and is also a Licensed Professional Counselor and Licensed Marriage & Family Therapist. He studied at Abilene Christian University and Southern Methodist University. Brent’s family has lived in Frisco since 2013. They are often seen running from one thing to another — whether that be the arts, local kids’ sports, church activities, volunteering or enjoying time with family and friends. 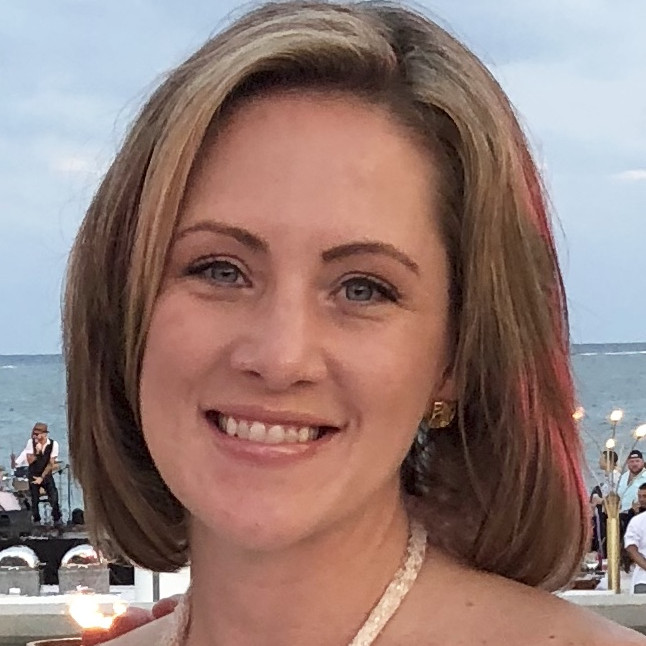 Maria KarinsSecretary
Maria grew up in South Dakota and moved to Texas after graduating from the University of Wyoming to start her teaching career. During her 12 years of teaching, she got married, had three children and earned her Masters Degree in Curriculum and Instruction. She lives in Frisco with her family and enjoys being able to bring quality arts experiences to the youth in our area by supporting NTPA. 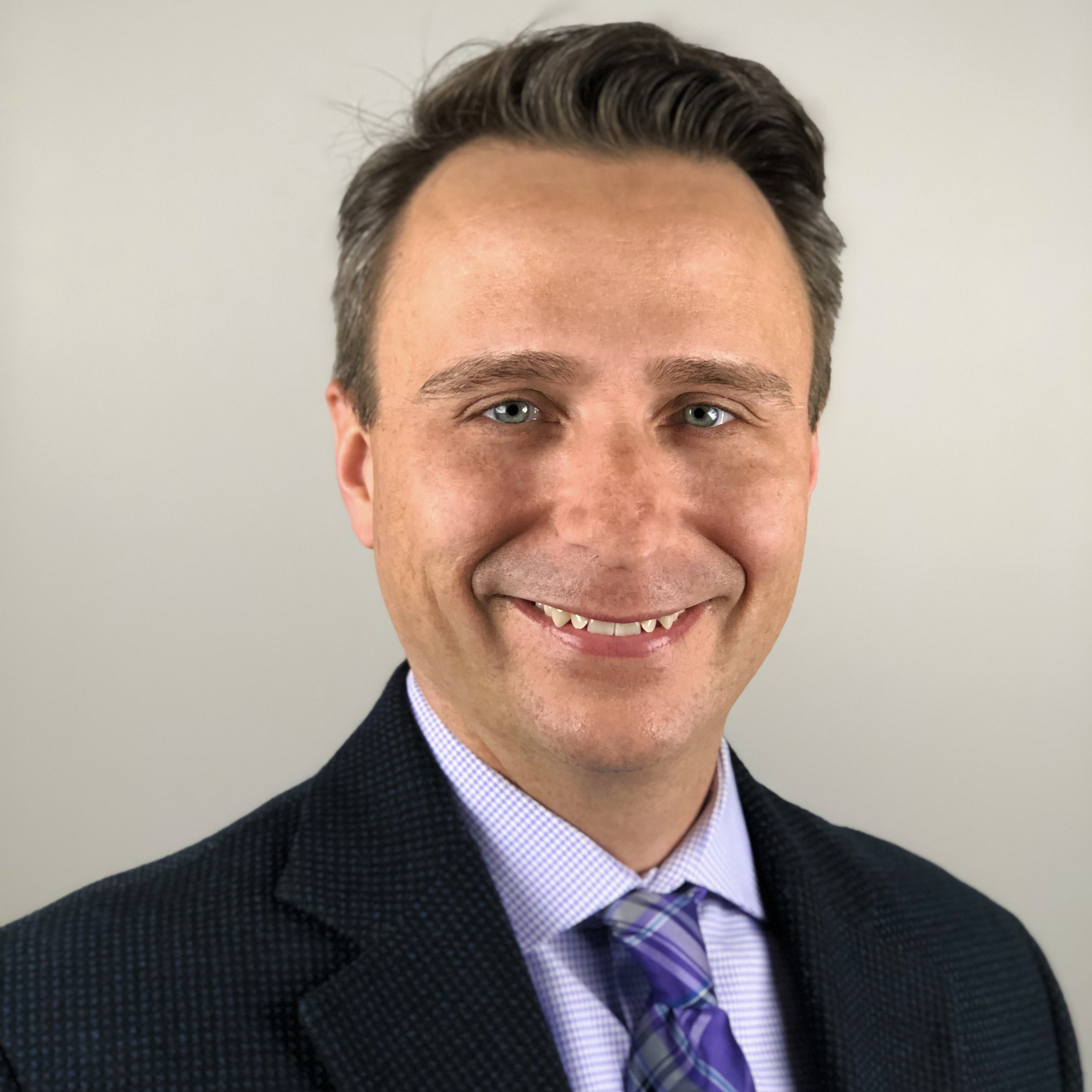 Bobby Barker
Bobby is a native Texan, born and raised in North Texas where he has lived his whole life. Bobby received his MBA at the University of Dallas and undergraduate degree in Accounting from the University of North Texas. He and his wife, Jenny have lived in Frisco since 2005. Their daughter, Brooke, found her love for musical theater in 2015 and has been consistently performing with NTPA ever since. The Barkers’ are active volunteers throughout the NTPA community and Bobby is excited to serve on the NTPA Frisco Managing Board. Serving the Frisco community brings him great joy. When he is not spending time with his family or watching an NTPA production, you will likely find him running the streets of Frisco, training for an upcoming marathon. 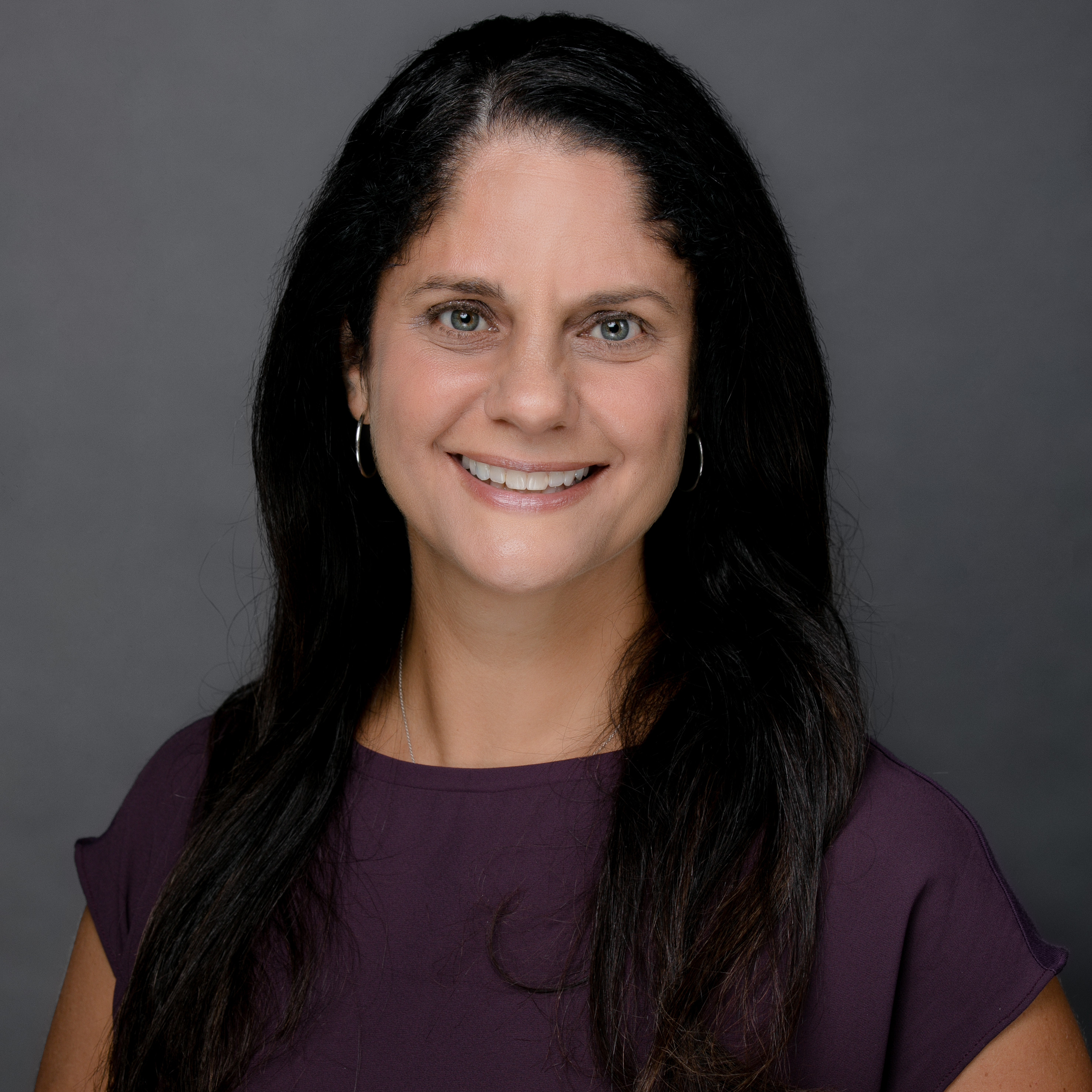 Leila Dowdall
Leila is originally from North Eastern Pennsylvania & has a Masters Degree of Education. Leila has always had a passion for the arts & as a teacher focused on incorporating music, theatre & visual arts into many lessons across the curriculum. In 2016 Leila’s daughter performed in her first production & immediately fell in love with NTPA . Since then, Leila has seen first hand the many benefits, including those far beyond the stage, NTPA has provided to now both of her daughters. Leila has a great appreciation for all that NTPA encompasses & is honored to be a part of continuing their mission. When not in the audience, Leila & her husband enjoy working out at Camp Gladiator, cheering for the Steelers & vacationing with their girls! Leila is thrilled to be a part of the NTPA-Frisco family & looks forward to helping them grow & achieve their goals. 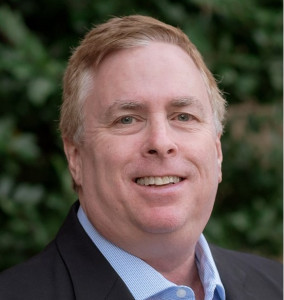 Jody Dulberg
Jody grew up in Cheyenne, WY, where his family was involved in the Cheyenne Little Theater and Summer Melodrama. Active with the Shwayder Theatre in Denver, CO, he provided technical support under the esteemed tutelage of Sean Woodburn. Jody has a degree in Secondary Education and a Master of Science in Information Technology Management. He and his wife, Paula, have lived in Frisco since 2011. Their children Nathan and Liana, have been performing with NTPA since 2018. The Dulbergs actively volunteer with NTPA productions and enjoy the camaraderie of families. Jody is excited to serve on the NTPA Frisco Managing Board.
When he is not spending time with his family or watching an NTPA production, he divides his time among various maker hobbies, including 3d printing, woodworking, magic, and computers. 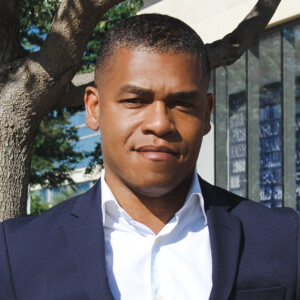 Corley Randolph
Corley Randolph is an American businessman and chief executive officer of The Frameworks Group LLC. Before he became CEO of The Frameworks Group, he was the owner of The Vocal School of Texas inc. and Life Launch . Randolph has served as communications chair of The Texas Healthcare Advisory Council, board member of the Collin County GOP, and holds several national memberships in business and the arts.

In just under a decade, Randolph managed to dominate the Billboard charts, as both an artist as well as producer. He has written and produced for national artists and has performed as an artist on almost every major stage in the United States, including Carnegie Hall and Madison Square Garden. Corley later received his B.A. in Public Relations & Strategic Communication at Southern Methodist University. He holds several certificates in leadership and executive
coaching.

Centered by an unwavering and passionate faith in God, Corley is also a long ordained ETC Tabernacle minister, Brooklyn, New York. Corley believes “with hard work, teamwork, and the help of God, you can do virtually anything!” 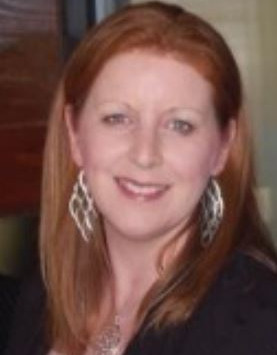 Renee Smith
Renee was born in County Sligo, Ireland, and moved to the USA at the age of 20 after graduating from college in Ireland. Renee attended Illinois State University and graduated from Northeastern Illinois University with a Bachelor’s degree in Computer Science. Shortly after graduating from college, Renee met her husband, Jay and they now live in McKinney with their two children, Isabelle and Tyler.
Their daughter, Isabelle initially became involved with Plano Children’s Theatre in 2012. In 2019, Renee decided to leave her position as a Director of Operations for a financial company and start working from home in Software Sales so that their children could fully explore their passions – Isabelle in Theatre and Tyler in Hockey. The Smiths have actively volunteered with NTPA-Frisco since 2019 which has been the most incredible and rewarding experience.
Toggle Sliding Bar Area